Mabel Stranks was the Highworth Post Mistress who ran the post office in Highworth where she vetted volunteers training for auxiliary units. Their role was to sabotage an invading German army, a wartime secret Mabel took to her grave. The plaque photographed tells her story. She vetted approximately 3000 auxiliaries before sending them on their secret training at Coleshill House, Mabel played a significant park of the highly secret campaign from 1940-1944. 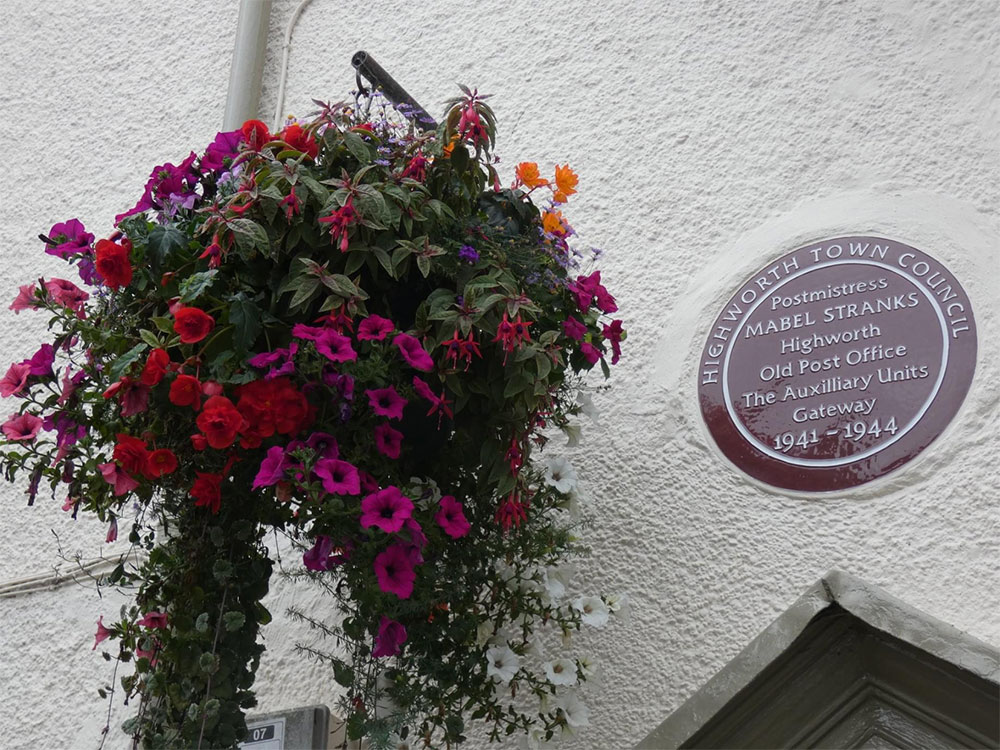 Highworth Churches Together Highworth boasts four churches, Anglican, Methodist, United Reformed and Community Church. As well as each having its own unique identity they function as a group called ‘Highworth Churches Together’. Among other activities they produce the Highworth Link, a prize – winning community magazine, published 10 times a year and delivered to every home in the town and local villages, free of charge. They also work together in combatting poverty, deprivation and debt. Recently the churches have contributed to the new Nexus Youth Café Project. Church Halls also facilitate a wide range of activities including Highworth Film Society and a U3A petanque and Tai Chi group.

Some of the more important buildings include The Church of St Michael and All Saints which is a grade one listed building dating back to the 13th Century. Including the church several other buildings are listed in Pevsner’s ‘The Buildings of England’ (1951-74) including the hotel No 1 Westrop (formerly Jesmond House Hotel) and adjacent to it is Highworth House. In the High Street he mentions The United Reformed Church (formerly Zion Congregational Chapel). He describes Inigo House as the finest house in Highworth. It is early 18th century, four bays wide, three storeys high, with segment headed windows with aprons. It has a doorway with Corinthian pilasters and a broken-back segmental pediment. The King and Queen public house is another fine building; together with the Saracen’s Head, next door to which is the Manor House, which has been carefully restored and converted into 5 separate dwellings.

St Michaels Church is a historic church located within the conservation area. The Church itself dates back to at least the time of the Domesday Book. Much of the exterior is 14th and 15th Century.
The Church features a large hole in the masonry, thought to have been made by the cannon ball fired during the assault on Highworth by parliamentary troops on 27 June 1645. The Church has a cannonball thought to be responsible for the hole in the wall and can be viewed on request.

Here you can find a wealth of historical information, documents and photographs all relating to Highworth and its neighbourhood throughout the ages. From local characters to the buildings and the ever-changing face of our Town and its surrounding area, it is all here. Please browse the various sections and photographic galleries to discover for yourself the amazing stories of the people and events which have made our town what it is today.