Following the closure of the Emerging Local Plan Consultation on the 7th October 2021 Highworth Town Council has queried the delay in publishing the comments on the Consultation  Portal.   We have been advised that Swindon Borough Council is  working at capacity to process the representations received. They are aiming to complete this work as soon as possible and have advised it is their current priority.

The Consultation received approximately 1000 representations which were made by about 700 individual residents, organisations, or others with an interest in the draft Local Plan.

Swindon Borough Council has advised about 325 representations have been made against the proposed housing allocation on the former Highworth Golf Course site (Policy LA 34). This was made up of around 262 representations which utilised the pre-filled representation form promoted by the Action Group For Saving Highworth’s Old Golf Course, and approximately 63 further representations relating to Highworth in general, nearly all of which referenced LA34.

Swindon Borough Council is working towards  taking a report on the submission of the Local Plan to Cabinet on 1st December 2021.

If Cabinet decide to recommend the submission of the Plan for examination, the recommendation will be taken to a Swindon Borough Council decision on 20th January 2022 (anticipated).

If submission is agreed by Swindon Borough Council, Officers will submit the Plan for Examination in Public to the Secretary of State soon after, in late January or February 2022.

Comments can also be emailed to forwardplanning@swindon.gov.uk

Collation of Questions from the Public submitted to Councillor Gary Sumner

Highworth Town Council approved and submitted the response to the Swindon Borough Council Emerging Local Plan at Full Council on Tuesday 7 September 2021, to see the submitted response to each Policy please click each Policy below:

We have two allotment sites in Highworth, one at Park Avenue, one alongside the A361 Swindon Road and one a little further back from the A361 site near the Golf Course/ Recreation Centre field. In total we have 234 allotment plots, all of which are currently allocated, and we have a waiting list that is building up fast.

The rent for the allotments from 1 February 2021 to 31 January 2022 is £25.00 Payment of the rental may be made by post or paid by bacs online. Cheques should be made payable to Highworth Town Council and any cash payments put in an envelope with your name and plot number on.

If you do pay by bacs, then please use your plot number as the payment reference.

HIGHWORTH CEMETERY A local green space situated along the Cricklade Road on the western side of the town. This is a tranquil area with a small chapel and commanding views over the Thames valley.

HIGHWORTH PARISH CHURCH CHURCHYARD: A tranquil and historic open space within the Conservation Area, visually important to the setting and character of the historic town centre.

SEVENHAMPTON CHURCHYARD: A tranquil and historic open space within the Conservation Area of the hamlet, visually important to the setting and character of Sevenhampton. Ian Fleming is buried here.

Highworth Cemetery is available for cremated remains into ashes plot or full burial plots. If you are not a Highworth Parishioner the cost is elevated. Please call 01793 762377 or email admin@highworthtowncouncil.gov.uk for more information.

If you wish to find a friend or relative within Highworth Cemetery please email with as much information as possible to enable us to locate the correct plot number.

Highworth is an ancient hilltop Market Town and has a population of approximately 8000 residents. In 1206 Highworth was granted a charter for its Market which is still held weekly and can be found in the Market Square on Saturday mornings 8:am-2:00pm.

For more information or to enquire about becoming a stall holder please see the official Highworth Market Facebook page or contact the Market Manager – Richard Williams on 07789781151.
Enquires can also be forwarded through the team at the Council Offices using the contact us form or phoning 01793 762377 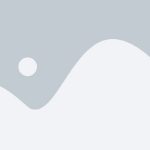 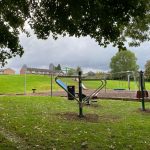 Highworth Town Council is looking into  upgrading the Play Areas within the Town and potential schemes are being drawn up.  To tell us what YOU would like please complete the short  Play Area Survey.  The survey will run until the end of September 2021.  Watch this space for more information. 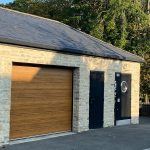 The Public Toilets are open between the hours of 7:00am - 7:00pm and cost 20p. Each toilet is cleaned on a daily basis, if they are found to be unsatisfactory please contact our offices during working hours 01793 762377 or email admin@highworthtowncouncil.gov.uk 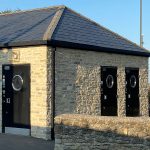